CALL HIM BY HIS NAME, FOR QUEER RAPPER LIL NAS X IS HERE TO STAY, WRITES HARRY BEATON 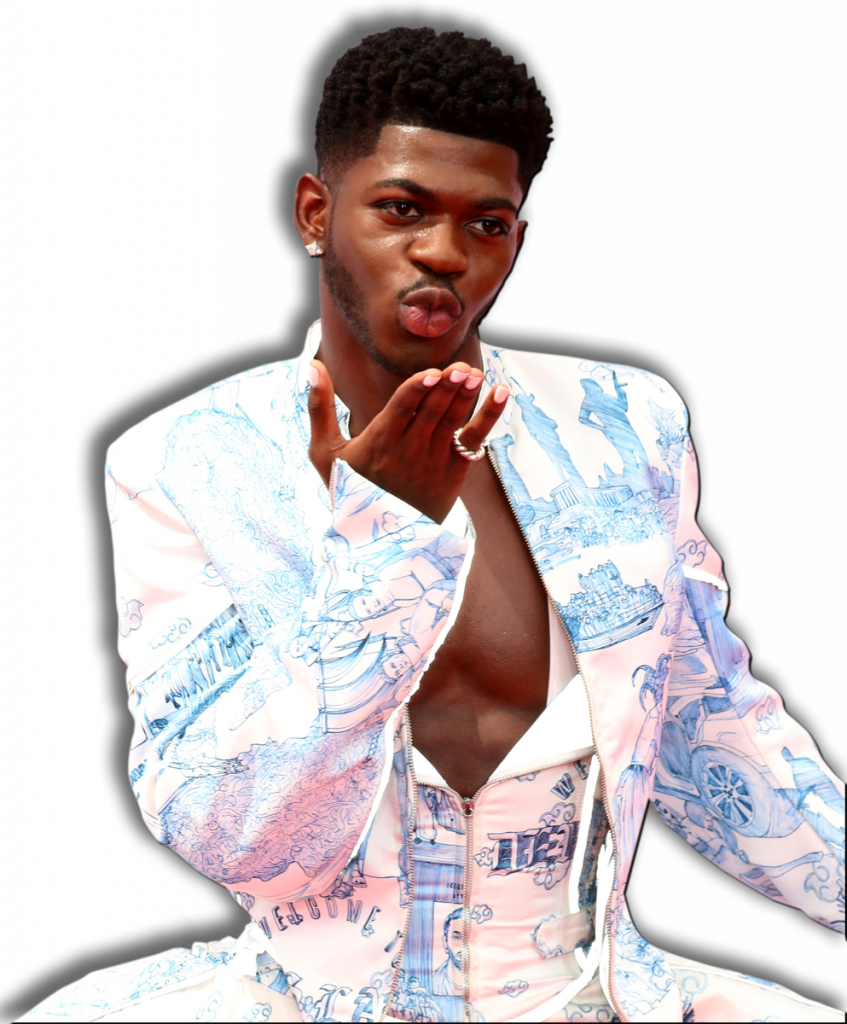 Lil Nas X has been riding a relentless wave of popularity since the release of his 15-times platinum debut single, Old Town Road in 2019. Much of the song’s international success can be accredited to the TikTok trend, the “Yeehaw Challenge”, which saw users of all ages boot up and don ten-gallon hats and single-handedly make cowboys cool again.

TikTok saw its user base rise over 500% throughout 2020-2021. Much like TikTok, Nas’ rise from relative nobody to international superstar was so meteoric that even a pandemic couldn’t slow it down.

Nas went from the next big thing to the biggest thing in modern hip hop. His influence went beyond music to changing the landscape of fashion, bringing cowboy boots and ten-gallon hats into the mainstream.

The R&B and country singer is one of the many TikTok artists who made a name for themselves without the backing of a record deal. Major record labels throw millions of dollars at the wall hoping something sticks every year. Nas was able to do this independently with a song that cost only $50 to make. The single’s success left Columbia Records clambering to snap him up before he was even out of his teens. Nas and Columbia then released a remix featuring Billie Ray Cyrus, which would go on to be the smash hit we know today.

At the Glastonbury Festival in 2019, Nas went on to perform the hit with Billie Ray and Miley Cyrus on the Pyramid Stage. This performance would change Nas’ life both personally and professionally. He claims the sea of gay Pride flags at the Glastonbury performance motivated him to publicly live his authentic life. He later took to Twitter to announce he was gay on the last day of Pride month.

Nas immediately understood the importance of his voice as a queer hip-hop/country artist. Historically, hip-hop and country lyrics have been notoriously hostile towards women and the LGBTQ+ community. He knew he had a responsibility to challenge this behaviour by using his influence to reimagine the genres and undo decades of bigotry.

Nas left his mark within music by leading the convergence of hip hop and country music into the mainstream. While this shift happened subtly in real-time, historically, this is a seismic shift.

Country music’s roots are within white conservatism, a stark contrast from hip hop, which is deep-rooted in urban black culture. Within hip hop, we’ve already seen some cultural changes. Rapper Offset was held to account by Nas’ Twitter following for his lyric “I cannot vibe with queers” – driving him to issue a public apology.

Lil Nas X had fully embraced his queerness by the time Montero (Call Me by Your Name) was released this spring. The song’s title takes inspiration from Nas’ real name, Montero Lamar Hill, and the LGBTQ+ cult film Call Me by Your Name. Supporting the release was the most overtly sexual music video released by a queer artist in history. It was immediately clear that this song would become his magnum opus and the seminal work that would turn him from a social media celebrity into a household name.

The Montero music video and its live performance at the BET (Black Entertainment Television) awards led to Nas being put on blast by the right-wing media outlet Fox News. Nas’ BET awards performance featured him grinding on the devil in front of intentionally inflammatory iconography. This predictably upset the conservatives at Fox News. Irking homophobes and racists are something that Lil Nas X has become masterful at since arriving on the scene.

While the BET performance was admittedly raunchy, it wouldn’t have been considered scandalous if it was performed by a heterosexual artist. Reminiscent of the infamous Miley Cyrus and Robin Thicke’s performance of We Can’t Stop at the Video Music Awards, and the backlash Madonna experienced for Like a Prayer in the 1980, it’s clear, that Nas’ music and his message are seeping through the rage and into popular culture.

He’s been on the cover of magazines. He’s had record deals falling into his lap. He’s performed at the greatest festivals in the universe. He’s captivated an impassioned and diverse following. So, what’s next for Nas?

This is very much Lil Nas X’s moment to change the landscape of hip hop and country music forever. If 2021 is anything to go by, the sky is the limit for the boy from Atlanta. 2021 will now be known as “Year X”. The year that Lil Nas X became the sensitive sex symbol that queer Gen Z’ers have been desperate for, and, whatever happens next, we know he’ll be riding that horse till he can’t no more.