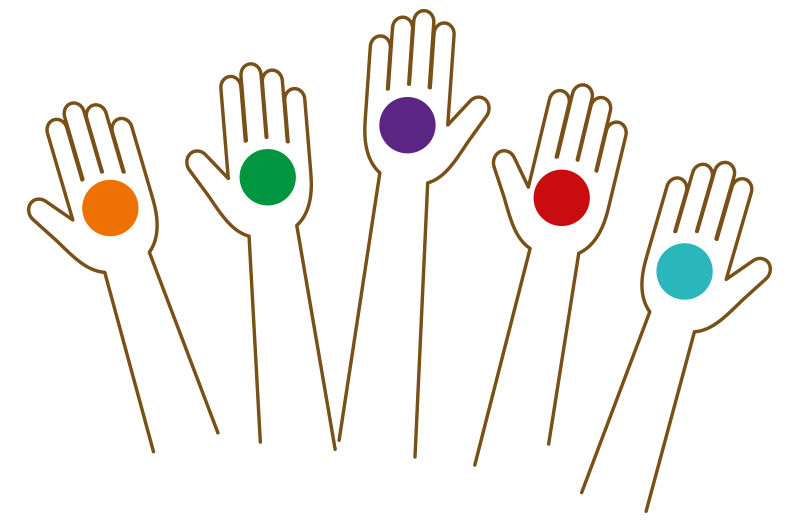 The Differently Abled and the LGBTQ+ community

Wayne, who was born in Kent in 1974, has congenital cerebral palsy. In his case, the permanent movement disorder means he has limited use of his right side – particularly the arm – so often uses a wheelchair.

“The LGBTQ+ community has a reputation for being welcoming and inclusive, but it’s complete bollocks. Even though the able-bodied individuals within our section of society are in a minority themselves so you’d think they’d know what prejudice is, they often discriminate against people with disabilities.

“Straight-off, it’s important to mention the venues. Whether it’s the bars, clubs or eateries etc, in a couple of senses they’re frequently inadequate. Firstly, a lot of places even in the busiest districts such as Soho or Canal Street just aren’t designed to cater for the handicapped. For example, they might not have suitable entry-access for wheelchair users or, perhaps, specific disabled toilets. Of course, there’s the Equality Act 2010 which, with regard to entertainment premises, was meant to ensure that they’d make ‘reasonable adjustments’ to counter obstacles experienced by differently-abled visitors. You know, things like introducing Braille and large print menus, removable access ramps or handrails. How does one interpret ‘reasonable’? In essence, many enterprises have not complied with the legislation and it isn’t properly enforced by the relevant public authority – the Equality and Human Rights Commission.

“Secondly, the attitude of able-bodied punters inside venues (and in the wider LGBTQ+ community) is repeatedly disconcerting or even painful. Often, people stare or they’ll say something about you (and your disability) to someone else right in front of your face. Or, if they do actually bother to chat, they’ll frequently either talk above you or look right through you. And it’s as if your opinion doesn’t count because in their eyes you’re not like them. Not even a real person, as it were). What do I mean? Many just ignore us completely. And when you try and interact with them, they’ll adjust their eye-line or blatantly look away.

“Accessibility issues and feeling uncomfortable once we’re in a venue due to the treatment we receive are two major reasons why a lot of differently-abled LGBTQ+ doesn’t do the scene. I mean, why shouldn’t we be welcome to let our hair down and enjoy ourselves once in a while, just like the able-bodied do? All we want to do, really, is fit in and feel part of everything. But often it isn’t practical or a night out can be quite demoralising. So, in essence, we are precluded from doing what others take for granted or see as a human right. This can lead to isolation, alienation and depression. I was so dissatisfied and annoyed by what I saw and experienced that I needed to do something about it. Therefore, approximately two and a half years ago, I set up my own charity: LGBTQ Disabled Queer and Hear!

“What I want is for the non-heterosexual differently-abled to have equal opportunity in relation to watching and participating in entertainment activities. And the non-profit’s mission statement is to ‘focus on raising disability awareness and promoting inclusivity at venues across the country, in order to break down barriers and stigma.’ One thing we do is liaise with several LGBTQ+ establishments and Prides all over Britain about their facilities for the handicapped; to see if they’re adequate and, if they aren’t, encourage them to do more. And as far as making sure our segment of the gay community doesn’t feel left out or excluded, we organise special nights out (the able-bodied are welcome too). One was at London’s Royal Vauxhall Tavern, where over 100 came. We also arrange online quizzes for those who might prefer to stay at home or who have greater difficulty in getting around and about.

“I’m an entertainer  My alter-ego is Sugarcube. And the sassy act involves (tap) dance routines, a fair amount of singing and comedy. Yet, even though the show is humorous, there’s a dose of realism (and sarcasm).I subtly attempt to highlight the prejudice and discrimination faced by the disabled queer community

Gabriel, who’s based in South Florida, is totally blind. The 44-year-old is the President of (non-profit) Blind LGBT Pride International (BPI), which focuses on helping visually impaired individuals.

“I realised I was gay in my mid-20s. And being blind definitely made it trickier to come out. Since, back then, I was still living in my native Honduras, and was stuck in an extremely unhealthy, closeted relationship. But I felt I had no option or was basically forced to stay with that guy – and keep my sexual orientation undisclosed – due to my visual impairment. I figured it would be exceptionally tough to meet other non-heterosexual men because of my limitations.

“In general, I think able-bodied gay men are very apprehensive when it comes to interacting with visionless members of our community. They immediately put a wall up. I’ve never been able to understand why. Yet some men told me it just makes them feel uncomfortable or awkward as they don’t know what to do or how to act; others said the LGBTQ+ section of society already has stigmas to fight, and they would rather not add another thing, like visual impairment, to the mix. Really, I think it’s all about the attitude. I believe that we all need to understand that there’s more than one aspect that defines us as individuals. It’s just a matter of letting go of our judgements and preconceptions.

“Being blind has certainly made dating harder. To start with, a lot of the relevant apps and sites are not accessible; this means that they’re not compatible with the screen-reading software we use. Then, you have the visual nature of the gay community; many men decide to post pictures and no description about themselves, thus making it difficult for us to determine if we want to interact with them. Next comes the dilemma of when to disclose sightlessness? If you say it right at the beginning, you risk guys not giving you the chance, and cancelling you out just because you can’t see. If you reveal it closer to meeting, or deeper into a conversation, blokes can get very upset as they may have gotten excited about you, but then finding out you’re blind becomes a deal-breaker. On top of that, safety is also a consideration, since you do not know who you’re chatting with, and what are their real intentions.

“In respect of Pride, it’s not really accessible in the majority of cities. Nonetheless, in the last few years, more progressive places such as San Francisco, Seattle and Vancouver have incorporated special areas for persons with disabilities and even started to provide audio-description for blind and visually impaired attendees.

“And really, what are the odds of being both blind and gay?! Just being the former is already a huge challenge in itself. Reaching the point of being a proud, gay, blind man was an achievement of a lifetime. Throughout each step of the process, my mental health was negatively impacted because I was rejected by the non-disabled LGBTQ+ community, which added an unnecessary burden. It’s as if individuals in this subset cannot comprehend or accept that someone gay might also be unable to see! At one point, I was convinced that I was the only sightless non-heterosexual dude on the planet! That’s when I Googled “Gay Blind,” and found Blind LGBT Pride International. It changed my life! Before getting acquainted with BPI, everything seemed gloomier and more complicated. Having a support system of persons who share the same experiences and struggles makes everything so much better.”

Andreas is a 47-year-old Swede, who lives just outside Stockholm. He’s totally deaf and works as a personal assistant.

“I believe society is for people without disabilities. So the LGBTQ+ world is a bit of the same, to be honest. And one thing that’s struck me about being deaf is it’s made me feel a little more isolated. Specifically, I’ve found meeting other gays who are hard of hearing relatively easy. Yet, unfortunately, often our part of the community keeps to itself. You can imagine in Stockholm, which has a relatively small population there aren’t so many non-straight citizens; so, the number of individuals who identify as queer and deaf is tiny. I can understand why we as a group hang out together and don’t really mingle so much, as we’re all exceedingly comfortable with others who sign.

“Nonetheless, regrettably, this makes it harder to form friendships with non-deaf LGBTQ+ people. And for us [Andreas and his husband, Joel], it’s super-important not to feel like we’re totally cut off from them. I mean, I don’t think segregation is ever a good idea in any sense. Nevertheless, at the same time, I’d say the vast majority of deaf inhabiting the queer sphere frequently keep apart from those in it who have got normal hearing.

“And people with ordinary hearing might not realise it but, for a deaf person, even getting about in general or going on an evening out can cause issues they’ve probably never considered. Inside LGBTQ+ venues, there’re never any staff who know sign language (I actually believe kids should learn it at school, as it’s easy to pick up when you’re younger). On one occasion, I was in a bar standing at its busy counter. A friend on the other side of me said the barman tried to speak to me – without making eye contact – once or twice, to take my order. When I didn’t reply, he yelled: ‘Are you bloody deaf or what?’ In a really firm voice, my mate told him: ‘He is deaf and even if he wasn’t, where are your manners even talking to someone like that.’ That shut him up, but shows what we have to go through.”