COVER STAR MICHAEL GUNNING IS A CHAMPION COMPETITIVE SWIMMER FROM JAMAICA. WE ASK HIM ABOUT HIS LIFE,
HIS SPORT, BEING GAY, AND SMASHING STEREOTYPES

How did you get into swimming in the first place?

My parents put me into swimming lessons when I was four as they wanted my brother and me to learn water safety skills from an early age. Swimming is a sport where you have to fully commit mentally and physically to what you’re doing: every arm stroke, how you’re moving through the water. I love how swimming can take your mind and body away from everything else in the world and challenges you in ways you never knew possible. I’ve travelled the world with swimming and been extremely lucky to represent both of my dual nationalities (Great Britain and Jamaica) at the highest level. It doesn’t really get better than that!

I train in the pool for 2.5 hours each morning 7 -9.30am, then go straight into land training 10 -11.15am which involves weights, cardio and core work, before heading home for lunch. I have a few hours rest and get back to the pool for 3pm where I do pre-pool work and activation (to reduce injury), before another 2.5 hours in the pool 4 – 6.25pm, then stretching/ Pilates until 7.20pm. We do this six times a week. Sunday is a day of rest. 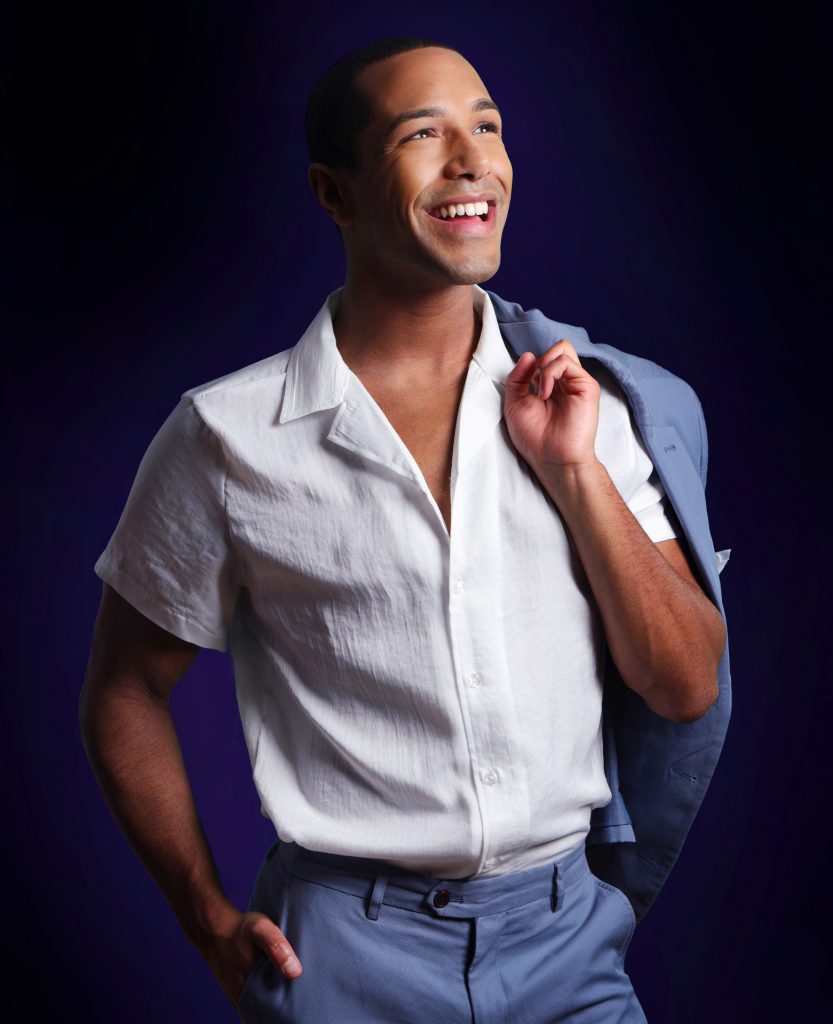 There seem to be so many professional swimmers or divers who are openly gay, compared to, for example, professional footballers. Is there a particular reason for this?

I think it’s really down to different attitudes and representation around the world. It’s very daunting when you’re the first person to do something new, as you never know what the outcome will be. As the first openly gay Caribbean athlete competing at a professional level, I was really scared how I would be perceived and treated as an athlete, but it’s the same for anyone who is the first to do anything.  You don’t want for people to be judged or stereotyped. Hopefully with more role models and athletes speaking out, it will encourage more LGBTQ+ people around the world to come out and be themselves on the international stage, which will keep breaking down those attitudes. I’ve always had a passion for supporting others along my journey, and I hope that by being my authentic self, I can show others that they are not alone. I always said to myself, “If not me, who? If not now, when?”

In an interview you mentioned that there was a perception that “Black people can’t swim”. Have you ever encountered racism in your sport?

At the time, I never recognised it as “racist” because I knew that I was different to so many people around me, but looking back I can definitely say I have experienced many forms of racism. As a person of colour around a swimming pool, I had lots of people making comments and using nasty language because I stood out. It’s so nice to see more Black people getting into swimming and making it a sport for everyone. One of my life aims is to get more people in the water from all different backgrounds, as swimming is a life skill and should be accessible to everyone.

You’re friends with Tom Daley, who came out in 2013. Did he offer you any words of advice?

Tom played a massive part in me being authentic and teaching me to “learn to love myself”’. Sport can be a lonely place sometimes, and he took me under his wing and showed me that I was loved and appreciated every day. We all need a little bit of a confidence boost sometimes, and he taught me that we all have a voice –  it’s then down to us how we use it.

You hold dual British and Jamaican citizenship. Time magazine once called Jamaica “the most homophobic place on earth” and same-sex relations there are illegal. How do you feel about Jamaica?

I love Jamaica and I’m so proud to represent them on the international level. When I travel away and put on my Jamaica kit, I never feel discriminated against or unwanted by the team, and I really think times are changing in society. We still have a lot of attitudes and perceptions to change, but we live in the 21st century now and I really hope I can be part of the political change in the laws and legislation of LGBTQ+ rights across the world.

What words of advice would you give to any young athletes questioning their sexuality?

During my school years, people used to say to me “Black people don’t swim” but I’ve managed to smash that stereotype to pieces by competing in two World Championships and breaking four  Jamaican Records…. It’s always daunting at the very beginning because the unknown is scary, but if you never try, and live the best you, you’ll never be able to fully enjoy the sport. People might tell you “being gay is wrong” but everyone is faced with all different stereotypes and it’s down to us to break them!

What’s next for Michael Gunning?

I’m a Pride House Ambassador at the Commonwealth Games next year. I’m excited to have a “home” Games again here in the UK and bring everyone together, but my real passion lies with communication and I really hope to flourish in the media/entertainment world. Whether it’s in documentaries or chat shows, I’m excited to bring everyone together to shine a light on issues that aren’t commonly talked about and break down unnecessary taboos.

“Swimming is a
life skill and
should be
accessible
to everyone” 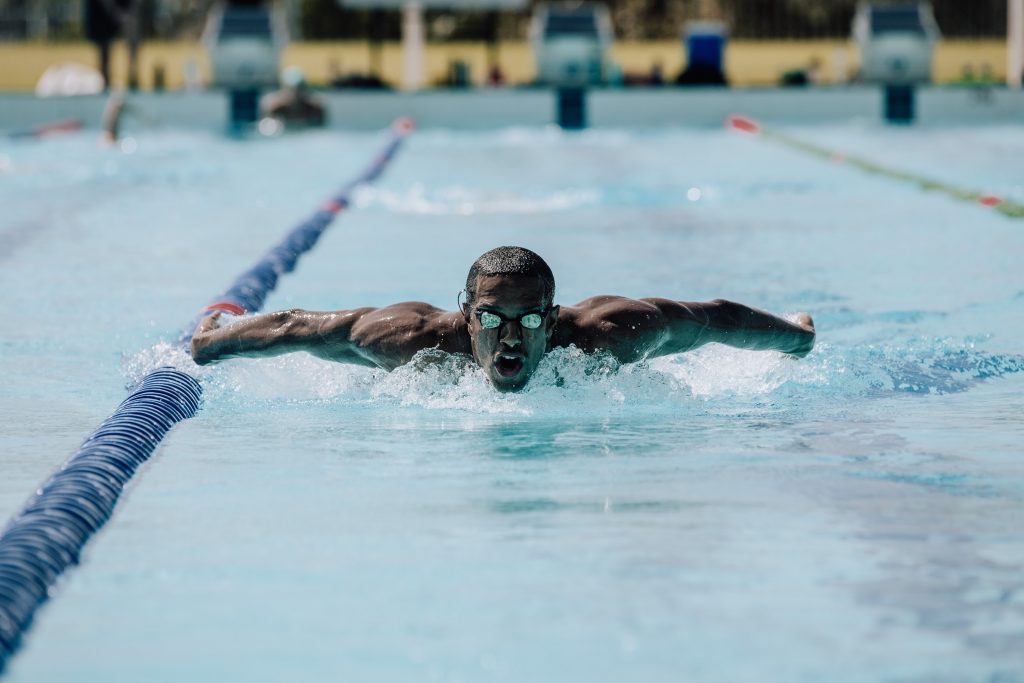