The Gay Village of Northern Europe

A CLEAN HARBOUR TO EXPLORE, THE WORLD’S BEST BURGER, AND A CITY WHERE LOVE IS LOVE. THERE ARE MANY REASONS TO VISIT COPENHAGEN, WHICH IS THIS YEAR’S HOST OF THE COMBINED WORLD EVENTS, WORLDPRIDE AND EUROGAMES

Dive into the clean harbour for a refreshing swim after a day of skiing down the clean and futuristic waste-management facility Copenhill (copenhill.dk), and don’t forget to explore one of the world’s most creative food scenes. It offers a wide range of possibilities from four times “best in the world” restaurant noma (noma.dk) to the rooftop farm-to-table restaurant GRO spiseri (grospiseri.dk) or the edgy street food market Reffen (reffen.dk), all trailblazing sustainable solutions.

The Copenhagen way is slightly different. Copenhagen is not regarded as a large capital city, but it’s a city that aims for more. The intention is to be carbon-neutral by 2025 as most locals get around by bike due to the great opportunities offered by the Danish biking infrastructure and the once polluted and industrial harbour has been transformed into a haven for locals and visitors.

Now you can swim in the many designated swimming zones, cruise the harbour in a solar-driven GoBoat made from recycled plastic or explore the canals for free in a Green Kayak while you paddle around picking up litter thrown in the harbour. You can even go fishing right in the centre of the city, and afterwards eat what you catch.

The Copenhagen way, of course, also includes love. Here you can walk hand in hand with whomever you like and love whomever you love. The city was the world’s first to allow same-sex marriage and is a frontrunner when it comes to LGBTI+ rights. And this year, the rainbow will fly even prouder over Copenhagen as the city celebrates diversity at Copenhagen2021, which combines WorldPride and EuroGames.

The world’s first legalised same-sex partnership took place in 1989 at Copenhagen City Hall, and Copenhagen still to this day remains a popular wedding destination for the LGBTI+ community offering ceremonies in churches, parks or even on the iconic Circle Bridge usually used by cyclists and pedestrians as a way to get around the city. 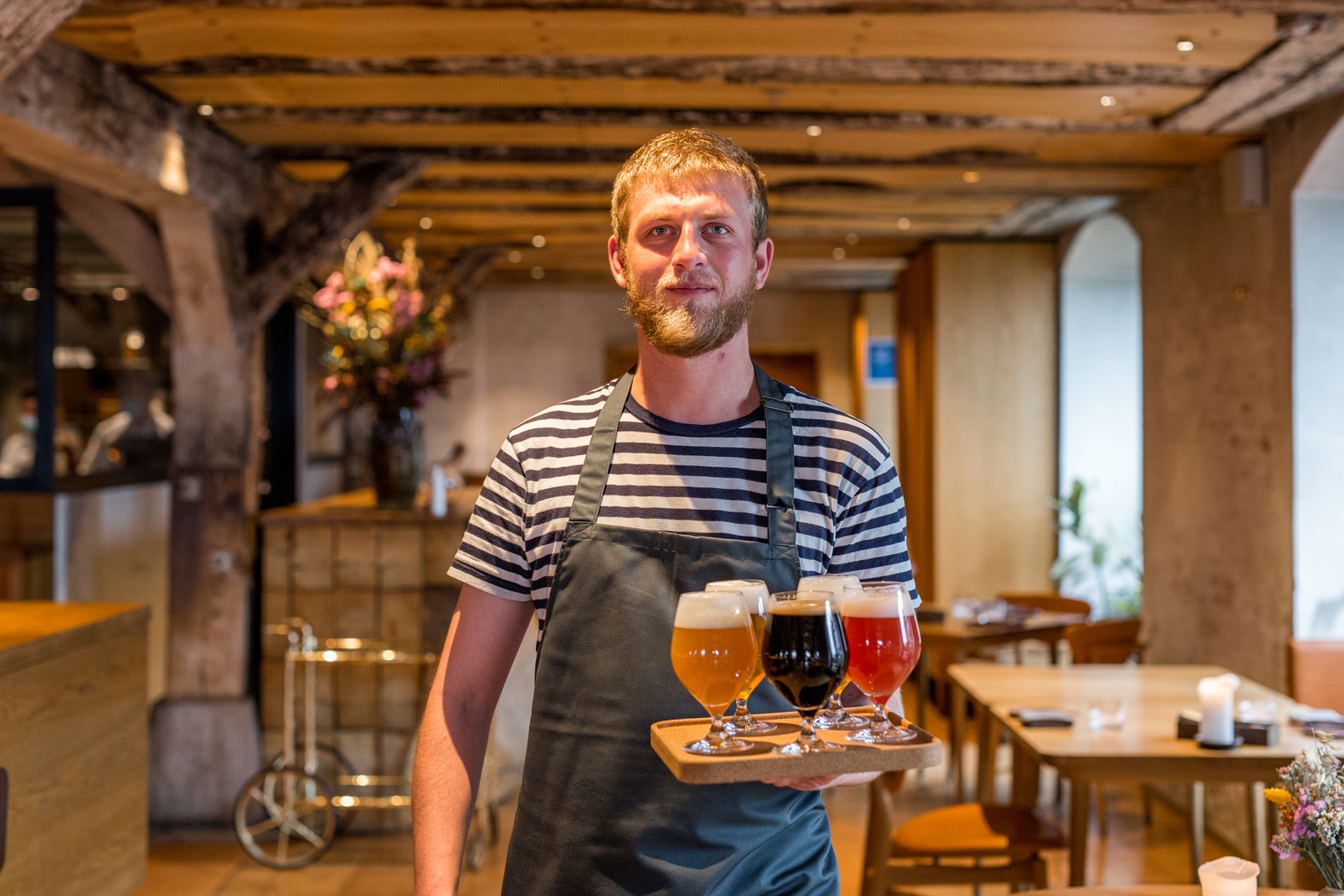 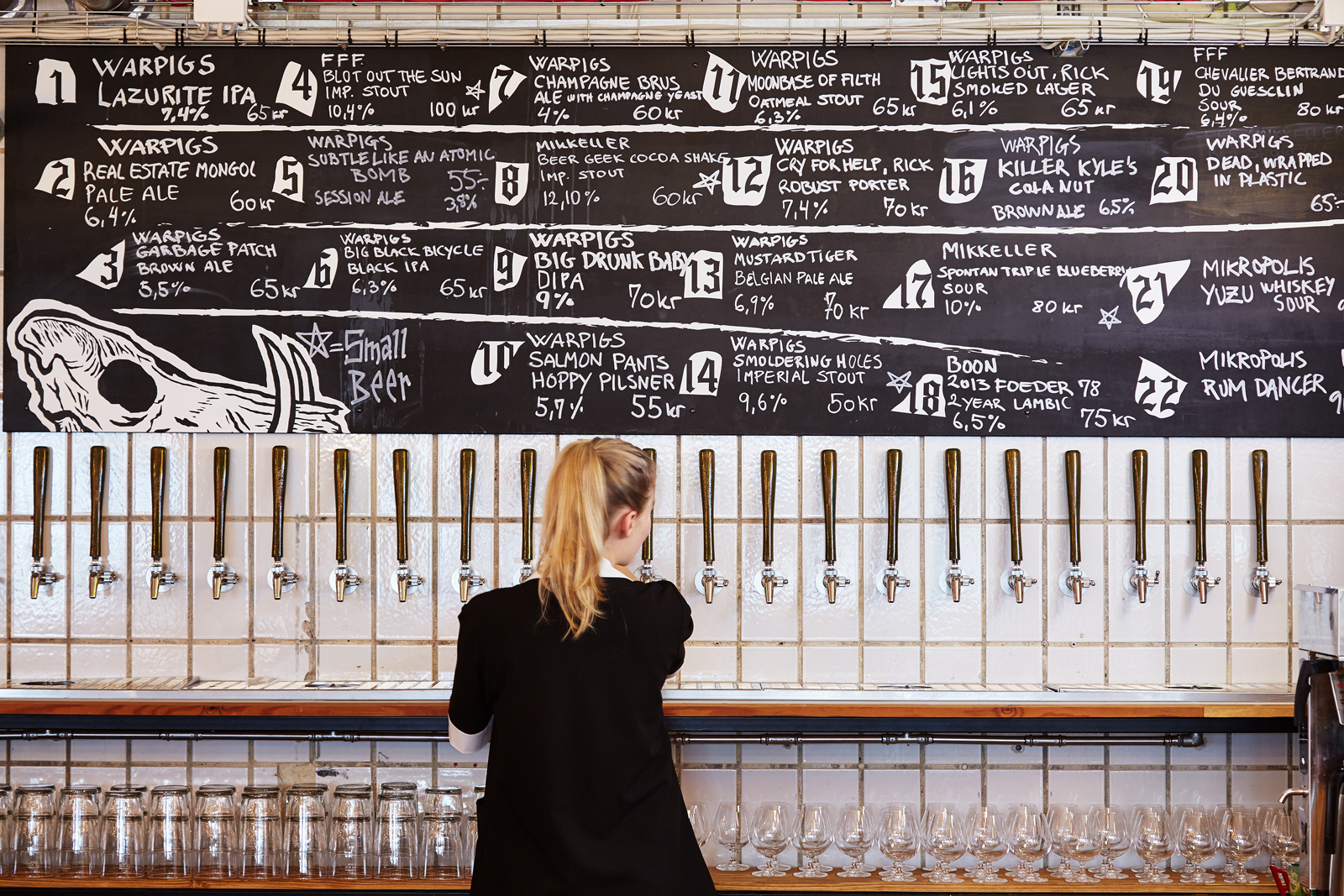 COMFORT FOOD IS THE NORDIC WAY

When visiting Copenhagen, it’s essential to pack an appetite. Copenhagen is the birthplace of the New Nordic cuisine and is not only a great place to spoil your tastebuds but is also one of the edgiest cities within gastronomy and beer.

During the lockdown, some of Copenhagen’s most influential chefs decided on a new focus, which only a few anticipated. They chose to cast their love on comfort food. Most notably, superstar René Redzepi and his noma crew have gone into their food lab and come out with their bid on a great burger, and the reviews have so far been phenomenal. It was meant to be a pop-up experiment for the locals, but the love for the noma burger has been so exceptional that it has now gotten its own home, at the new restaurant Popl (poplburger.com), where you can enjoy your burger accompanied by a glass of natural wine, both to stay or to go, right beside the charming canals in the heart of Copenhagen.

Great food deserves excellent drinks, and Copenhagen is a pioneer when it comes to quality drinks. Copenhageners are mad about the natural wine trend flourishing now, and the Danish capital possesses one of the widest selections of natural wines you will find. Of course, the locals’ favourite drink continues to be a nice, cold beer. Copenhagen has a long history of brewing, and some of the most iconic breweries in the world, from Carlsberg to craft beer pioneers such as Mikkeller, to NørrebroBryghus, Gamma, Slowburn and ToØl, are brewed in Copenhagen.

Finally, Copenhagen, of course, also offers a vibrant LGBTI+ scene with a wide range of gay bars, including Centralhjørnet, which might be Europe’s oldest gay bar to date. However, the city does not have a specific gay village where the community can relax and feel safe. Instead, it is said that Copenhagen IS the gay village of Northern Europe because of its casual approach to life, making the whole city a safe and open gay village for everyone.

For more travel inspiration go to: